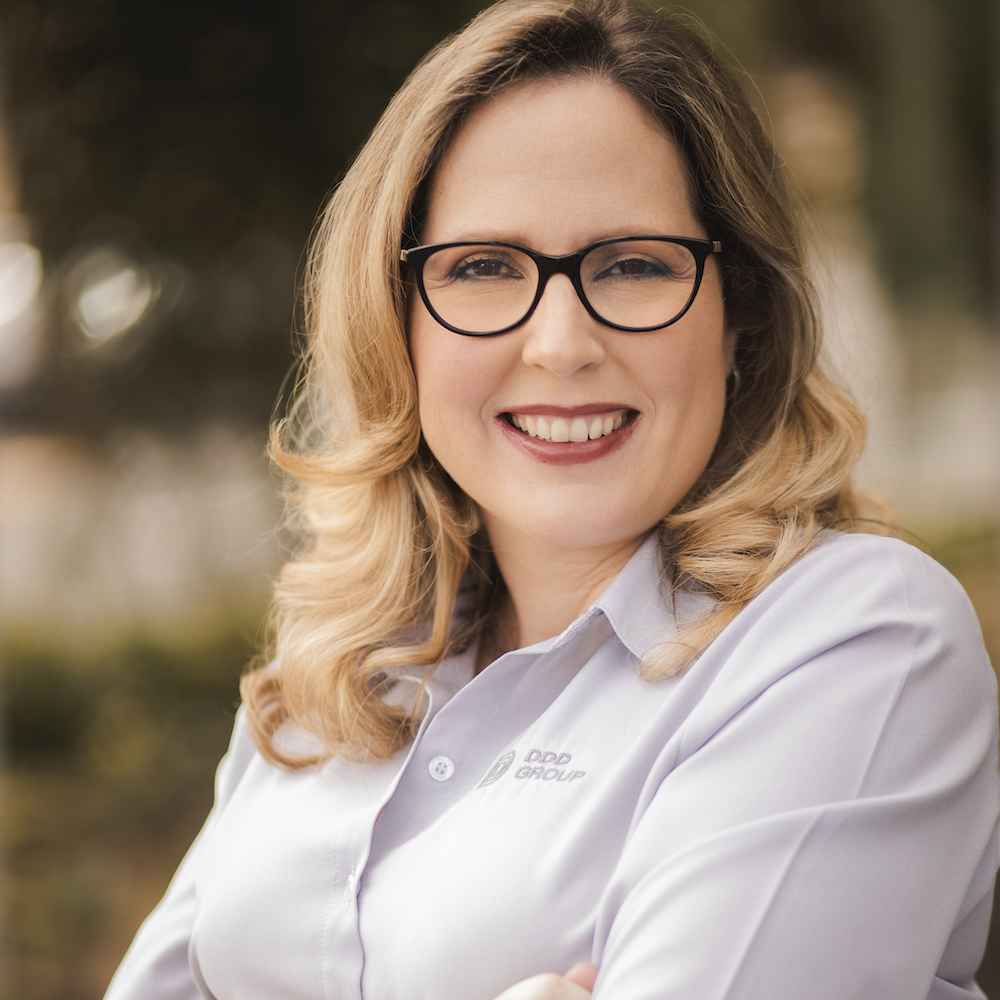 With an early interest in buildings, construction and how spaces influence the quality of life of their occupants, Alexandra moved to Philadelphia, PA where she obtained a Bachelor’s Degree in Interior Design from Moore College of Art and Design. Following her Bachelors Degree, Ms. Wirshing achieved a Masters Degree in Architecture from The Catholic University of America in Washington DC. As an intern for Interlink Group during her college years, Alexandra had the opportunity to work in the field on projects such as Pizzeria Uno at Centro Europa, Dorado Reef Residences and Las Casitas Development at El Conquistador Hotel.

It was in DC where she formally began her professional career as she worked at internationally renowned firms such as Grimm and Parker Architects and Lehman-Smith+McLeish. During her time at Grimm and Parker Architects, Alexandra worked on projects such as Esperanza Middle School, Stafford County High School, West Springfield Government Center and West End Elementary School. At Lehman-Smith + McLeish her project experience includes: Gannet/ USA Today Headquarters, Freddie Mac’s PHO IV, Suncoast Bank, Batton Boggs Law Office, Office of the Commissioner of the GSA, General Dynamics and Reliant Energy.

In 2003, Alexandra moved to Puerto Rico where she was later able to work as the Interior Architect for the The Salvation Army Ponce Corps, The Salvation Army Divisional Headquarters in San Juan, and as the furniture installation manager for the DEA Offices in Guaynabo, among other.

Alexandra joined DDD group in 2016 as Project Architect. During her time with DDD she has led the Architecture Department in projects such as The USCBP Labs, US Fajardo Customs House, PR Wire Group and USCBP Mayaguez Marine Unit. As project architect she has also worked on the management of the USCBP Fajardo Marine Unit, among others.

With twenty five (25) years of experience in the design and construction industry, Alexandra has acquired vast experience in designing multiple building and project types, complexities and budgetary concerns such as educational, corporate, research laboratories, residential, hospitality, retail and federal government projects. Ms. Wirshing’s professional experience also includes working as an Interior Design College Professor at The Corcoran School of the Arts & Design in Washington, DC as well as Universidad del Turabo in Puerto Rico. She is a Registered Architect, an NCIDQ Certified Interior Designer, and a LEED Green Associate. She recently obtained the Green Globes Professional certification, the only one in her profession on the island. Her experience, management, analytical and design skills are assets she brings to any project. She is an active member of the Colegio de Arquitectos Paisajistas de Puerto Rico.

BACK TO OUR FIRM

DDD Group is set apart by a strong culture of unified work and collaboration, fueled by excellence. We strive to create an exciting, creative, multi-disciplined and team-oriented environment that nurtures long term relationships built on trust, commitment, and integrity. At DDD, we just don’t work together; we support, protect, and encourage each other to share one journey, one product, one team and one goal.

Collaboration is promoted among all shareholders, team members, and our leadership. Fueled by advanced technology, our teams work together to eliminate back and forth across departments and providing visibility to the client throughout the process. As our client, you’ll have peace of mind watching your project come to life with clear, constant communication from your design-build team.

DDD Group, LLC offers comprehensive services to address client needs at every stage of the life of the project, from conception, to completion and beyond. Our team can advise on architecture, construction, maintenance and insightful consulting.

Browse our Portfolio for some of the fascinating work DDD has completed or consulted on over the past 2 decades. From new construction, to rehabilitation projects, 100,000+ sf building to small retail spaces, we’ve done it all.

Stay informed of the latest trends, news, and updates from your go-to Design-Build-Maintain team, through the DDD Blog. Every week we bring design professionals, clients and partners curated content that furthers our mission, promotes our achievements and keeps you up-to-date.

Let’s talk about your project!