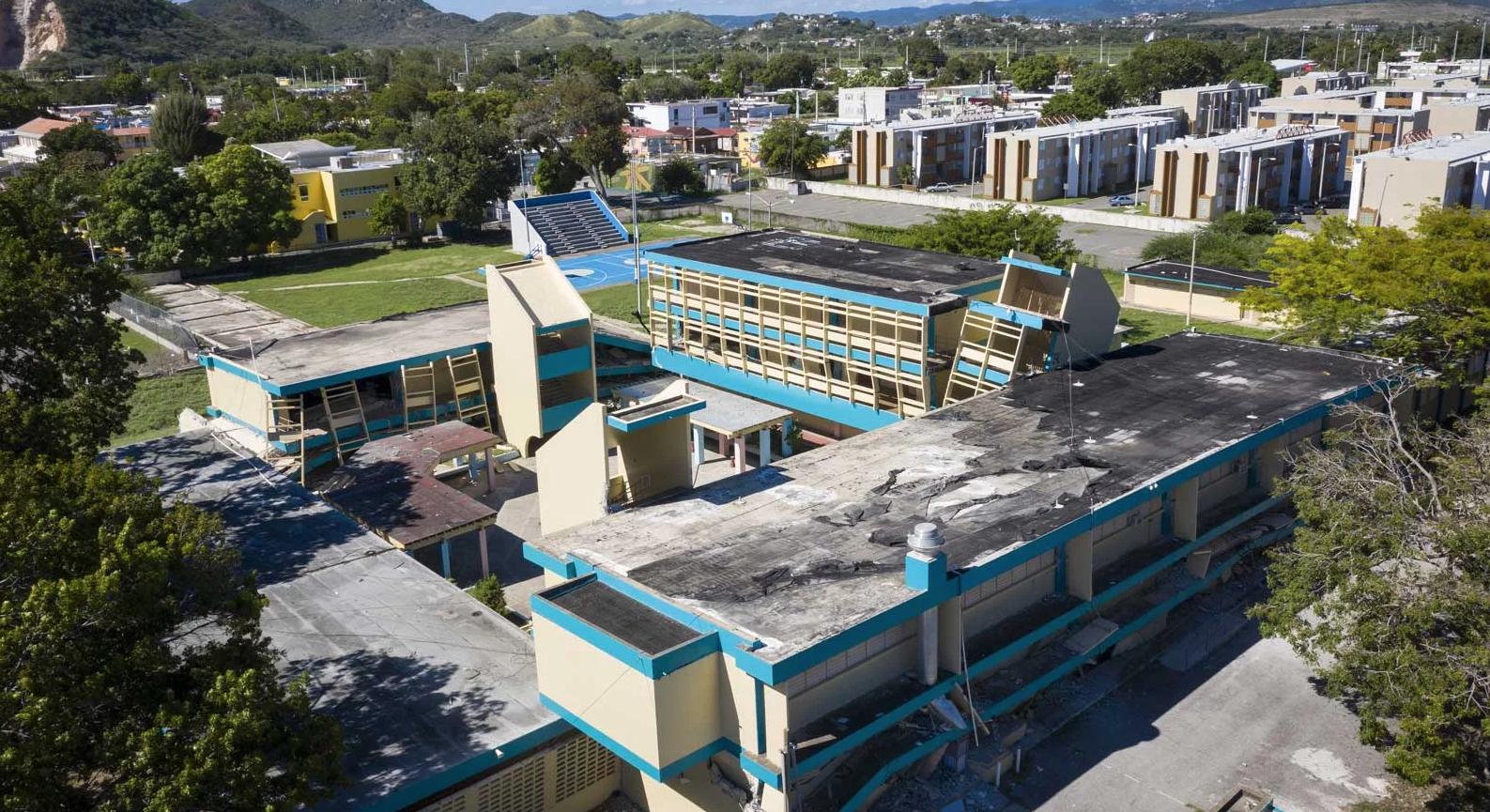 Posted at 10:00h in Industry Insight by DDD Group

Earthquakes have long been feared as one of nature’s most terrifying phenomena. In 2020, we got a chance to see first-hand the destruction and unpredictability of these horrible events. Early in human history, the sudden shaking of the earth (and the death and destruction that resulted) were seen as mysterious and uncontrollable. We now understand the origin of earthquakes and know that they must be accepted as a natural environmental process. Most people now know that, although most frequent in California and Alaska, earthquakes are not restricted to just a few areas In the United States. Some parts of the south of Puerto Rico are STILL shaking since the quakes started in January 2020.

That’s why it’s important to note that moderate and even very large earthquakes may occur in areas of normally low seismicity. Even buildings in these regions are vulnerable to seismic damages if not constructed in accordance with building code requirements for seismic resistance. For example, if the structure type employs long-span roof and floor members, seismic forces may cause excessive drift, or sway, which can damage nonstructural components, such as hung ceilings, light fixtures, light partitions, and contents. Storage units, filing cabinets, and library shelving in any type of structure can be hazardous if not properly braced, as can heavy equipment.

We’ve seen particular concern in the education sector, as recent quakes have temporarily (or permanently) shuttered schools at all levels in Ponce and other southern municipalities. School occupants are particularly vulnerable to nonstructural damage. Although students and staff may duck under desks and be safe from falling objects such as lighting fixtures and ceiling tiles, ceiling components that fall in hallways and stairs can make movement difficult, particularly if combined with power failure and loss of lighting. Wall-mounted televisions or ceiling-mounted liquid crystal display (LCD) projectors are common in schools and present additional falling hazards. Meanwhile, the observance of efficient measures against earthquakes in the design and building process of schools has a particularly grave effect on our communities. The impact of school closure as a result of damage is the loss of public service and severe disruption for students, faculty, and staff. Ultimately, the taxpayer bears the costs, but this is spread over the whole community, the island, and the Federal Government. School closures from natural disasters also result in social and psychological difficulties for students, parents, faculty, staff, and the administration during the time the school is not usable.

How can design and construction help provide assurance for buildings and mitigate the impact of school closures due to earthquakes?

Implementing the nonstructural provisions of the seismic code will significantly reduce damage to nonstructural components and reduce the potential for school closings because of ceiling and lighting damage, partition failures, and loss of essential utilities. In the case of nonstructural provisions, the code goes somewhat beyond the structural objective of only reducing the risk of casualties. However, recent experience with earthquakes has shown that nonstructural damage to schools can be dangerous to the occupants, costly to repair, and operationally disruptive. Taking these things into consideration, it’s important to partner with a construction firm such as DDD to implement these elements as early as possible in the design and construction process of new structures or the rehabilitation of those affected by earthquakes.

Seismic Codes Building codes originated in the effort to reduce risk to health and safety, rather than reducing property loss, but as they evolved, they indirectly and directly assisted in reducing building damage. They establish the minimum standards for safety commensurate with affordability and other impacts such as measures that might create extreme inconvenience to occupants or seriously reduce the building’s functional efficiency. Engineers generally agree that, based on earthquake experience across Puerto Rico and the US, regulation through a properly enforced seismic code can largely fulfill the intent of ensuring an acceptable level of safety to avoid death and injury.

Application of the proper codes ensures that schools are designed and constructed to more rigorous standards than most other buildings. Moreover, the effectiveness of seismic codes is subject to some qualifications, such as the standards of code enforcement. Also, not all local firms may have trained engineering staff to conduct effective plan checks and inspections. Meanwhile, the nonstructural provisions of the seismic codes are often not adopted at the local level (it’s important to note that nonstructural components have not been regulated to the same level of care as structural components, and have been the cause of considerable economic loss and disruption of operation). Lastly, the code can be misinterpreted and design errors made due to the inexperience of both designers and building officials. These are just some of the many, many reasons why owners are urged to partner with design-build firms with the know-how to navigate and implement these codes at any point during the building’s lifecycle, such as your trusted team of experts at DDD Group.